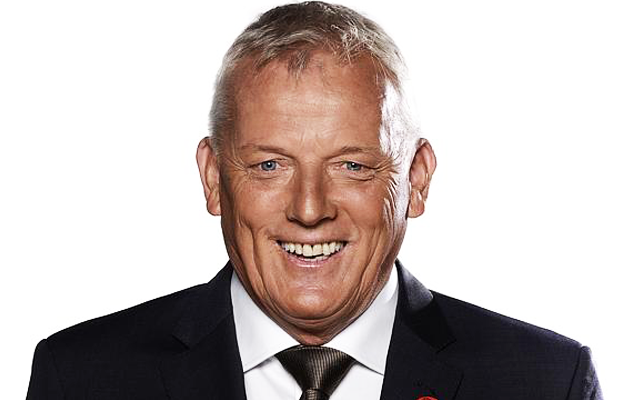 In 1980 Sandy Roberts was asked to be one of the commentators for the 1980 Moscow Olympics telecast after which Roberts moved to Melbourne to work for the Seven Network in Melbourne.

In his time with the Seven Network, Sandy Roberts commentated over 700 Australian Football League (AFL) games. Roberts also commentated on NBLgames, the Australian Open, the Spring Racing Carnival and many major golf tournaments. He has also been involved in the coverage of everySummer Olympic Games from Moscow 1980 to Beijing 2008, including Sydney 2000 as well as many Winter Olympic Games.

Alongside Dennis Cometti, Sandy Roberts was a commentator during the famous AFL match between St Kilda and Sydney in 1993, when a pig was released onto the ground by a Sydney member with a number 4 and the nickname “Pluga” spray painted onto it (in reference to then St Kilda player Tony Lockett). Roberts became famous for his call of the incident saying “There’s a pig at full-forward”

Outside of sports broadcasting, Sandy Roberts was an annual contributor to Seven’s telecast of the Good Friday Appeal and also hosted gameshows It’s Academic and The $1,000,000 Chance of a Lifetime.

Despite this impressive resume, Sandy Roberts is often remembered for his gaffe in introducing the 1981 Miss Australia, Leanne Dick as “Leanne Cock” during a Mount Gambier Cup meeting. (Ironically, Dick’s surname after marriage is Cockerill).

In early February 2013, Sandy Roberts was the subject of media speculation that he was leaving the Seven Network to work at another channel, Fox Footy. In November 2013, Roberts announced that he would be leaving the Seven Network after 40 years with Seven in Melbourne and Adelaide, to work at Fox Footy as a host-commentator. Tim Watson took Roberts’ place as the weekday sports newsreader. Roberts last day reading sport news was Friday 29 November 2013, and he finished his hosting duties for Seven at the Australian Open golf tournament on Sunday 1 December 2013.

Since July 2013, Sandy Roberts has been an ambassador for the non-profit-organisation The Beehive Foundation, a charity that runs free programs to develop resilience and coping mechanisms for youth via junior sporting organisations.