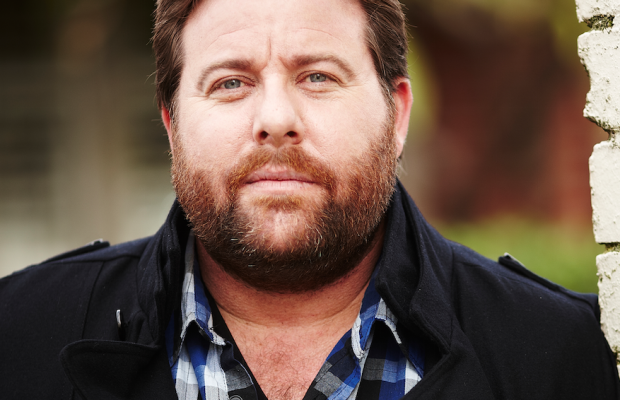 Shane Jacobson is a multi award winning actor, entertainer, producer and author who has worked with some of the biggest names in show business including Geoffrey Rush, Jeremy Clarkson, Bryan Brown, Guy Pearce & Hugo Weaving. His notable credits include The Bourne Legacy, Charlie & Boots with Paul Hogan, Time Of Our Lives, Top Gear, Oddball, The Dressmaker with Kate Winslet & the hit Aussie classic Kenny

Shane can, and does, turn his hand to just about anything. As an author he has penned automotive pieces for Drive and his 2014 autobiography The Long Road to Overnight Success became an instant hit and number 1 bestseller.

As a producer he’s brought shows like Kenny’s World, Rock Soldiers, and Hangin’ with Hoges to the screen. He’s been seen hosting events and programs like the Australian Motoring Festival, Top Gear Live, Friday Night Crack Up, The Living Room and Manspace, for which he is also the Executive Producer. As a singer he’s a regular guest at the annual Carols by Candlelight and fronted 2015’s sell-out show A Night Out with Shane Jacobson and The Melbourne Ska Orchestra.

Amongst this incredible body of work Shane has always found time for people and causes close to his heart. He supports Hearts Kids Australia, HMAS Canberra, Entertainment Assist, The Mirabel Foundation Parkinson’s Victoria, Variety and is currently Chief Scout of Victoria.