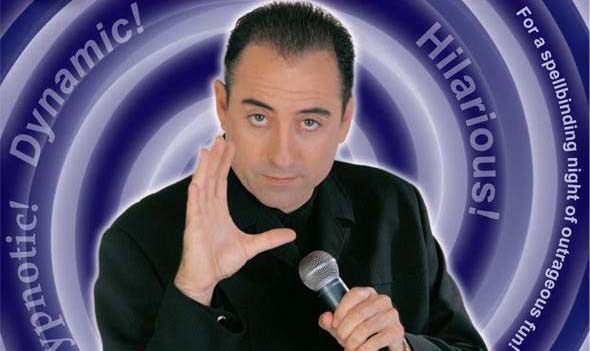 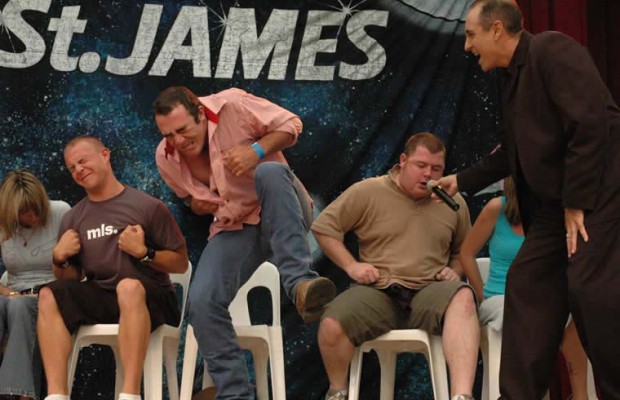 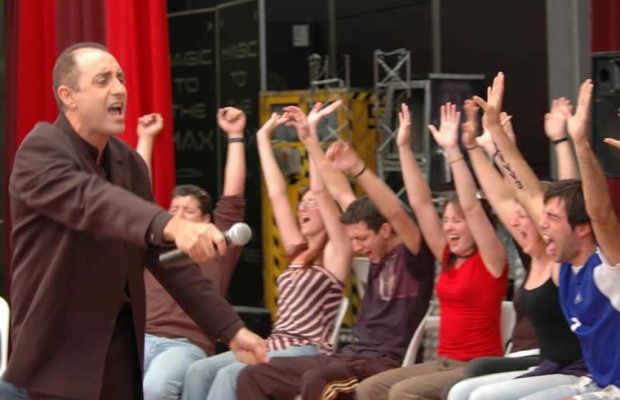 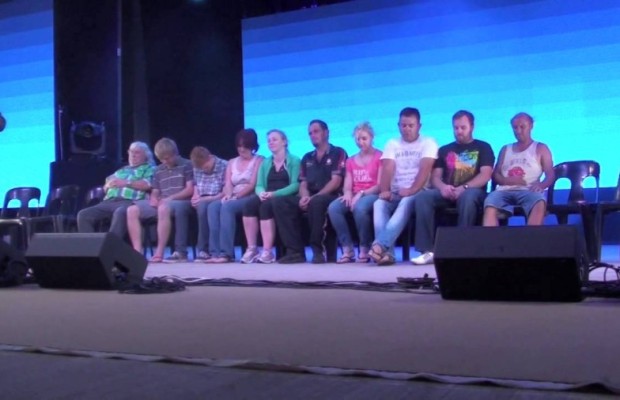 Shane St James is a master of the power of suggestion. In fact he’s been practicing the art of mass suggestion on a very wide scale for many years. And when Shane suggests… people comply!

With World renowned hypnotist, Martin St James as a father, it was always on the cards that Shane St James would follow him into the spotlight.
The subjects used in Shane’s show are not ‘victims’ chosen from his audiences, but volunteers who clamour for the chance!.

“I’m practically knocked over in the rush of people when I call for volunteers”, Shane says, “It’s such great therapy. Laughing triggers healing chemicals within our bodies. It actually exercises the internal organs when we laugh, The end result is a marvellous feeling of well being.”

Be there as members of the audience carry on in a totally uninhibited and outrageous manner!. You’ll be mesmerized, paralyzed, pasteurized… but can you be hypnotized?

Shane brings members of the audience and the volunteers on stage together, performing and interacting in a tasteful and uplifting manner. It’s the perfect end to a team building conference or a light hearted finale to an intense training seminar.

Shane’s corporate performance can be tailored to suit any sized function – from as small as 30 or 40 people, to audiences numbered in the thousands! The show can be as short as 45 minutes or run for up to 1 1/2 hours.

Shane enjoys adapting his repertoire to reflect aspects of your business, such as products, mission statements or even the bosses name to add that personalized touch, or to blend in with your theme.