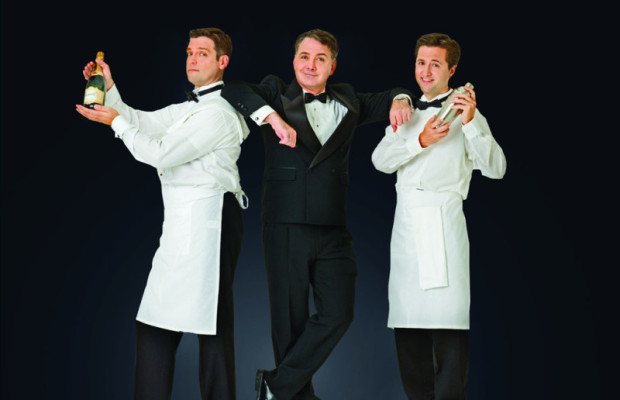 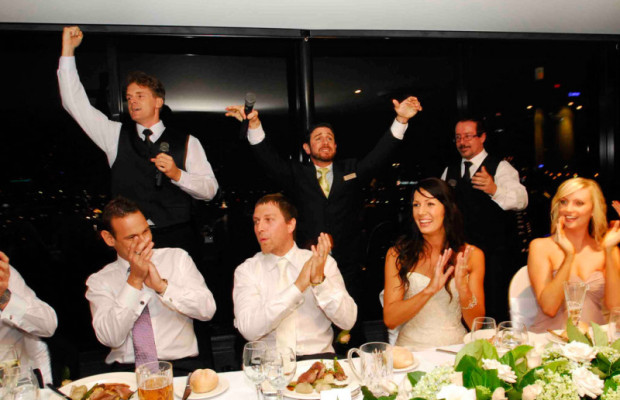 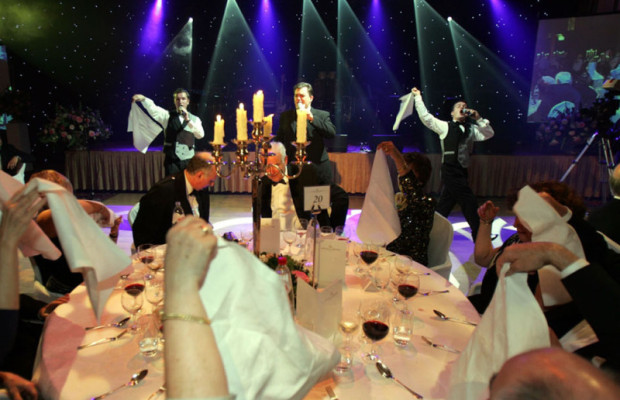 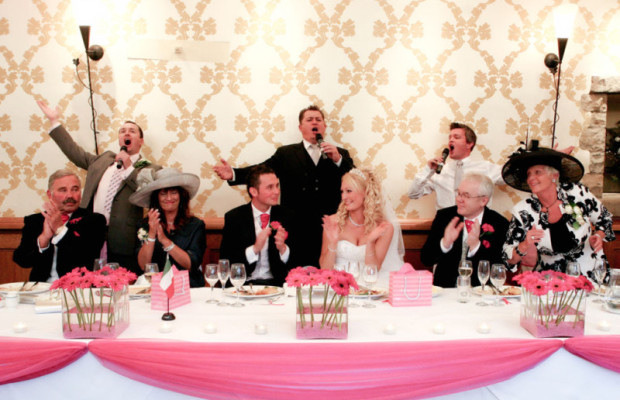 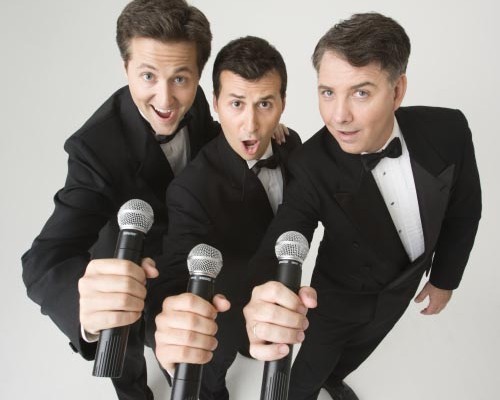 The Three Waiters are the original act of its kind in Australia, this multi-award winning show continues to surprise and captivate unsuspecting audiences across the globe as three charming performers hoax as ‘real’ waiters before taking centre stage for a dynamic, sophisticated and humorous presentation a la The Three Tenors. With over 10,000 performances throughout 77 countries they are the world’s most successful singing waiter’s show.

The Three Waiters act is an intricately designed hoax, wound tightly in a carefully scripted show featuring the element of surprise, portrayed through delightful and charismatic characters! Professional performers are individually auditioned and workshopped and those selected to perform with The Three Waiters are vocally outstanding and possess a dynamic personality with a flair for character acting, timing and comedy.

The act works across a huge range of events no matter what the size, demographic, country, religion, venue or reason for the event. Presenting perfectly at corporate functions, private events and weddings, the act is user friendly and seamlessly slots into any size event that has waiters, chefs, ushers or venue staff.

From Royalty to Heads of State, celebrities to beautiful brides, The Three Waiters have been the godsend of thousands of clients around the world who have needed outstanding entertainment guaranteed to significantly impress.

The Three Waiters – The Wow Factor

Unlike other ‘singing waiters’ shows, The Three Waiters is not slapstick or improvised. The act is an intricately designed hoax with a carefully written script perfected over thousands of performances.

The Three Waiters is made up of the best performers that opera and musical theatre has to offer. All artists are professional soloists in their own right.

Each artist is individually auditioned and work shopped and must be not only vocally outstanding, but possess a dynamic personality with a flair for character acting, timing and comedy.

One of the highlights for The Three Waiters was to receive a standing ovation from The Three Tenors themselves (Pavarotti, Domingo, Carreras) while performing at a dinner to celebrate their very last performance together.

“The Three Waiters were brilliant…nothing but ecstatic praise. Thanks so much”
Sir Tim Rice – The Lion King, Jesus Christ Superstar, Evita

“They are great…absolutely”
Luciano Pavarotti