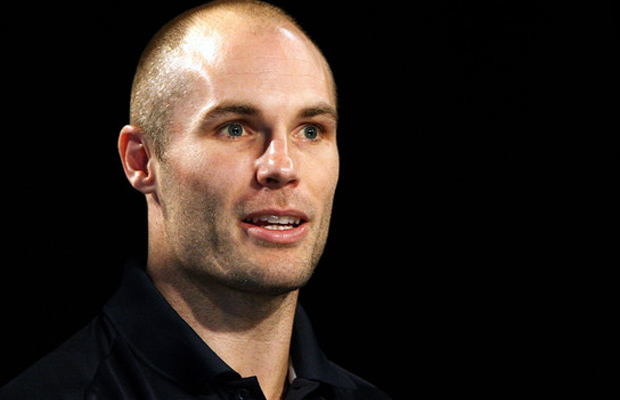 Tom Harley (born 18 July 1978) is a former Australian rules footballer for the Geelong Football Club in the Australian Football League (AFL). A defender at 1.93 metres (6 ft 4 in) and 95 kilograms (209 lb), Harley was a two-time premiership-winning captain at the club.

After a successful junior career which culminated with selection in the under-18 All-Australian team, Tom Harley was drafted to the Port Adelaide Football Club as a zone selection. Although an inaugural member of the club, Harley struggled to force his way into the senior team and spent the majority of his early years playing for Norwood in the South Australian National Football League (SANFL). After making just one appearance for Port Adelaide, Harley was traded to the Geelong Football Club in exchange for the 37th draft pick in the 1998 AFL Draft.

Tom Harley quickly established himself within the Geelong defence and received a range of accolades and club honours, including multiple Best Clubman awards. Prior to the 2007 AFL season, Harley was appointed club captain and went on to enjoy great individual and team success. He led the club to its first premiership in 44 years during 2007, and became a dual premiership captain after their victory in 2009. In between, he achieved All-Australian honours as vice-captain of the team, and won the AFL Players Association (AFLPA) Best Captain Award. Harley also participated in the 2008 AFL Hall of Fame all-star game, and was inducted into the Geelong Football Club Hall of Fame.

Tom Harley is noted for being a leading ambassador to various community campaigns, including the anti-violence program ‘Just Think’ and Barwon Health. Since his retirement as a player, Harley has undertaken various roles in the sporting industry: he currently holds positions as a project consultant to the Greater Western Sydney Giants, a sports commentator with the Channel 7 football team, and an assistant coach and mentor role with the AIS-AFL Academy.