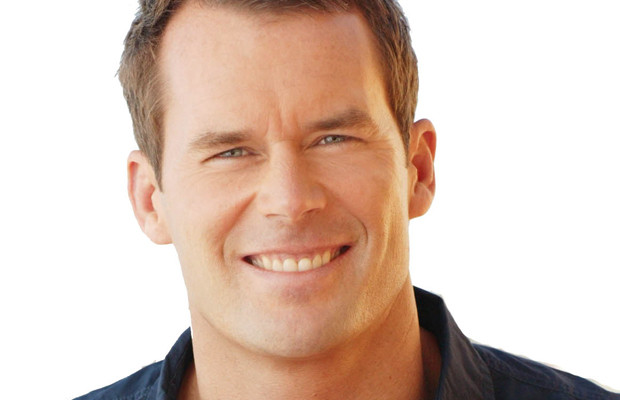 A carpenter by trade and a popular media personality, Tom Williams has earned a reputation as both a thrill-seeker and all-around ‘nice guy’. Having worked with the Seven Network across a variety of programs, including The Great Outdoors and Dancing With The Stars, Tom is currently on-air each weekday co-hosting the popular lifestyle show, The Daily Edition.

Tom’s first foray into media began with radio in July 2000, when he appeared as a regular guest on Merrick and Rosso’s Triple J radio show as Tom the Chippy. Tom moved with the duo to NOVA the following year, running The Chippy’s Driver Reviver segment every Friday morning. This soon led to television opportunities, with his knockabout charm and popularity amongst audiences making him a natural choice for the role of resident carpenter on the Seven Network’s DIY show, Room For Improvement in 2001.

Tom’s popularity with audiences soared in 2005 after his winning performance on Dancing With The Stars and his relationship with Seven Network continued to thrive. Since then, Tom has enjoyed co-hosting roles for Gladiators, Rexona’s Greatest Athlete and the travel show, High Road Low Road, as well as a 4 year stint as the host of Surf Patrol. He also joined the Channel Seven commentary team at the Beijing Olympics and for the Kellog’s Nutri-Grain Iron Man Series.

One of Tom’s most relished roles, was that of reporter on popular travel show, The Great Outdoors (2001 – 2012). A ski/snowboard enthusiast, competitive ocean kayaker and keen surfer, the show was a perfect fit for Tom. Over seven years, he presented from more than 60 trips spanning 25 countries and found himself paragliding over Switzerland’s Matterhorn, trekking through the Guatemalan jungle, exploring an active volcano in Costa Rica, and walking the Inca Trail into Machu Picchu amongst many other adventures.

When not working, Tom enjoys spending time with his family and baby girl. A Sydney boy born and bred, Tom is also an ambassador for the Sydney Swans AFL team and likes to spend his downtime enjoying the sun, sand and surf all over Australia .